MPSF is about Friends and Car's, We believe in having fun and Helping Others, Join Us and Make some New Friend's. From MD, VA, WV, DE & PA to the world

I have the following items remaining for sale. Prices firm and low to reflect local pickup only (near Westminster in Carroll County Maryland). All are used and for the 2005-2009 Mustang GT except for a couple of items which are marked NEW. This is a preliminary inventory, I may have more items:

FRPP Stingers: I have two sets, they are rough looking as they were under drag cars, but a little polish and they'll be fine. $200 each.

Pypes X pipe: this is for use with long tube headers only $100.

Stock intake manifold off a 2005 Mustang GT. Has butterfly assembly. $50.

NEW Cervini M1 Hood kit with hood scoop and front bumper extensions and flush hood pins: $600, this is nearly half price for a brand new hood. 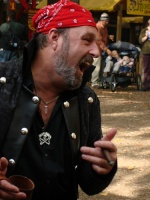 Just for clarity, would that SCT tuner work on my 2013 GT?

ok, I may be able to make it up to Westminster Saturday if you can hold on to that for me

d_word wrote:ok, I may be able to make it up to Westminster Saturday if you can hold on to that for me

Sure, I'll be working on the car most of the day, so feel free to come on by. PM me for directions if you want to stop by the house.